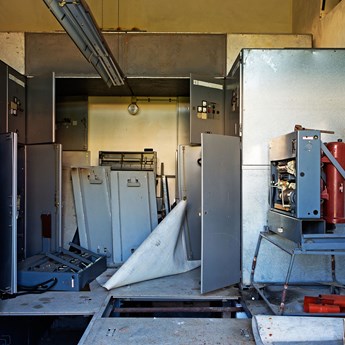 At the start of January 2017, Unite Legal Services took up the Unite North East member’s case in connection with his diagnosis of asbestos-related mesothelioma.

Sadly, he died on 29 January 2018 and the claim was continued by his widow.

Our late member worked as an apprentice before qualifying as an electrical fitter. He was exposed to asbestos as a result of working in sub-stations throughout the North East on maintenance, installation, and repair.

A claim was brought against his employer on the basis of our comprehensive witness evidence confirming frequent asbestos exposure. The defendants’ insurer admitted that the late member would have been negligently exposed to asbestos while in their employment.

The late member had begun to suffer with what he initially thought was a chest infection, so he visited his GP who sent him for an x-ray. The member had to have fluid drained from his lung and a biopsy, and was soon diagnosed with malignant mesothelioma. He underwent major surgery to his lung, which involved stripping the tumour from the lining of the lung. Despite the surgery, follow up scans confirmed his tumour was rapidly advancing, so he began chemotherapy treatment and suffered severe side effects. Several witness statements were taken to document the member’s pain and suffering to support his claim for damages.

The member was advised of the possibility of investigating and recovering damages for new treatments for mesothelioma, which are still under clinical trials but are not funded on the NHS, with the possibility of paying privately. The member was willing to try anything to halt the advancement of his mesothelioma. A report was obtained from a leading oncologist who indicated that he would be suitable for immunotherapy treatment. Working with his NHS consultant, a private referral was made to allow the member to commence immunotherapy under a local oncologist. An interim payment of £50,000 was recovered to allow him to fund the treatment.

Supportive medical evidence was obtained and a detailed schedule of the financial losses suffered by the member was prepared. The evidence was disclosed to the defendants.

Sadly, after only three months of immunotherapy treatment, his private oncologist indicated that the treatment was not working and advised discontinuance. The member died only four weeks later.

Despite making an early offer to settle the claim, the defendants failed to respond and so court proceedings were issued in the High Court of Justice’s specialist asbestos list. This culminated in the defendant agreeing to enter settlement negotiations, and we secured an offer of £275,000 (gross) in full and final settlement of the claim, which was accepted.