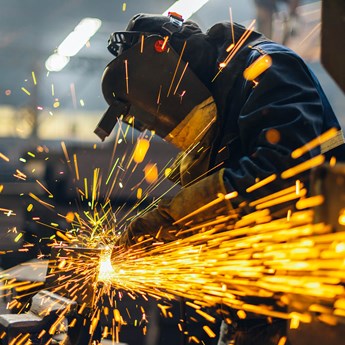 Thanks to the support of Unite Legal Services, I have now received compensation and will encourage my colleagues to use their services.

Brian, who has been working as a welder since 1974, and who has been with his current employer since 1995, has developed Hand Arm Vibration Syndrome because of prolonged exposure to vibrating tools.

Brian, through Unite Legal Services, was contacted by a specialist personal injury solicitor to discuss his case. Based on the information provided by Brian and his witnesses, there did appear to have been exposure to negligent levels of vibration.

Through Unite Legal Services, a medical report from a Consultant Vascular Surgeon was obtained and used to support Brian’s case. He confirmed that Brian is suffering with the vascular symptoms of Hand Arm Vibration Syndrome at a mild stage.

In light of the report, court proceedings were raised in the All Scotland Sheriff Personal Injury Court.

Shortly following litigation, the defenders put forward an offer in the sum of £10,000 by way of a Minute of Tender. Brian was happy to accept this as it represented fair compensation for his injuries.

As this case was funded by Unite Legal Services, Brian retained 100% of his compensation.

Through Unite Legal Services, Brian was able to access proper legal advice from a specialist solicitor, ensuring that negotiations relating to his case began early. The specialist solicitor also ensured that the correct steps were taken, including instructing the necessary reports in order to achieve settlement for Brian.

Brian said: “Many thanks for all the help from Unite Legal Services, I will certainly encourage my workmates to make similar claims.”