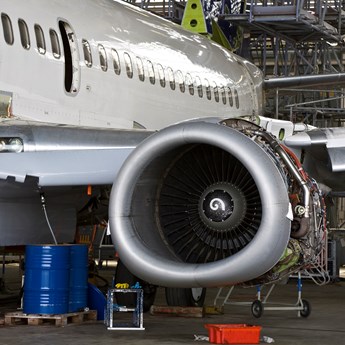 Thank you to Unite Legal Services for all of their help. I will most definitely be recommending family and friends to join.

Unite member, Hugh, suffered from noise-induced hearing loss due to his employer’s failure to provide adequate personal protective equipment and to reduce noise levels in the workplace.

Hugh claimed for compensation after he developed noise-induced hearing loss while working as an aircraft fitter. He was subjected to negligent levels of noise throughout his employment in terms of the Control of Noise at Work Regulations 2005.

Through Unite Legal Services, Hugh was contacted by a specialist personal injury solicitor to discuss his case. Hugh’s medical records were recovered and a consultant otolaryngologist provided an expert report, which set out the injuries he sustained purely as a result of the negligent exposure to noise.

The report was exhibited to the insurance company acting on behalf of Hugh’s employer but settlement proposals were not forthcoming. Court proceedings were raised in the All Scotland Personal Injury Court on Hugh’s behalf.

Following the court proceedings being raised, further evidence was sought from Mr Dick Bowdler, an acoustic consultant, who confirmed that the levels of noise that Hugh had been exposed to throughout the years was of a negligent level.

However, despite the strong evidence of liability, the defender refused to settle the case and proceeded to obtain their own medical report. Their expert did not support the diagnosis of occupational injury and the defender stated the action should be abandoned on this basis.

Hugh’s solicitors sought further advice from their instructed medical expert who remained supportive of a relatively low level of noise-induced hearing loss. Therefore, the litigation process continued until finally the defendant agreed a settlement in the sum of £3,000, which represents fair compensation for Hugh’s injuries. As this case was funded by Unite Legal Services, Hugh retained 100% of his compensation.

Through Unite Legal Services, Hugh accessed legal advice from a specialist solicitor, ensuring that he was provided with the best advice on how to proceed with his case.

Hugh said: “Thank you to Unite Legal Services for all of their help. I will most definitely be recommending family and friends to join.

“I received excellent service from Unite Legal Services, from the initial contact with my rep, onwards contact with my branch, and concluding contact with the legal team who kept me duly informed with every stage of my claim.”