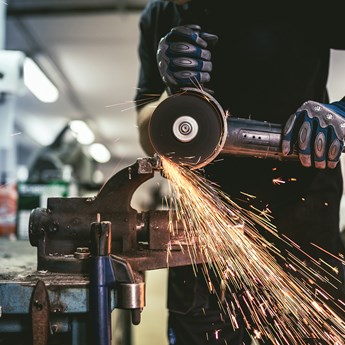 Thanks to the support of Unite Legal Services I have now received fair compensation and I would recommend this service.

John made a claim for compensation in relation to noise induced hearing loss which he suffered as a result of being exposed to noise at work from 1990 to 2014 while working as a labourer using heavy machinery. Due to the fault and negligence of John’s employers, it appeared he was subjected to negligent levels of noise throughout his employment in terms of the Control of Noise at Work Regulations 2005.

John, through Unite Legal Services, was contacted by a specialist personal injury solicitor to discuss his case. John’s medical records were recovered and an expert report was obtained from Mr Stuart Robertson, Ear, Nose and Throat Consultant. The medical report confirmed that John had suffered mild to moderate hearing loss as a result of both his exposure to noise at work and ageing.

Court proceedings were therefore raised in the All Scotland Personal Injury Court on John’s behalf in order to ensure his case did not time bar and in order to progress matters effectively.

Following the court proceedings being raised, further evidence was sought from Mr Dick Bowdler, Acoustic Consultant who confirmed that the levels of noise that John had been exposed to throughout the years were of a negligent level. This report was lodged in the court process and was supported by witness evidence and previous similar claims against the same employer.

In advance of the court hearing, the defenders put forward an offer of £2,500. They made this relatively low offer on the basis that they considered the case may be time barred as John had been aware of his hearing problems for a number of years and his hearing loss had also been contributed to by age. Negotiations continued and settlement was eventually agreed at £3,500, which is within the range of awards a court would likely make. John was happy to accept this and as this case was funded by Unite Legal Services, he retained 100% of his compensation.

Through Unite Legal Services, John was able to access proper legal advice from a specialist solicitor ensuring that he was provided with the best advice on how to proceed with his case.

John says, ‘Thank you to Unite Legal Services for all of their help. I would not have been able to do this without them.’