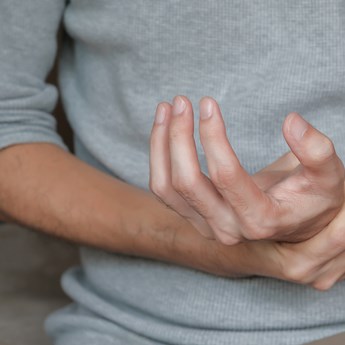 Thank you to Unite Legal Services for providing support throughout my claim.

Norman worked for FTV Proclad UK Limited as a box maker. During his employment, Norman used vibrating tools regularly. As a result of this, he developed HAVS.

He contacted Unite Legal Services and was put in touch with a specialist personal injury solicitor to discuss his case. Based on the information provided by Norman, his solicitor could proceed with a claim on his behalf.

A claim was intimated to FTV Proclad UK Limited pre-litigation, however, no liability stance was provided. Proceedings were, therefore, raised in the All Scotland Sheriff Personal Injury Court.

Investigations were undertaken including recovery of medical and occupational health records. A review of those records confirmed that Norman had been diagnosed with HAVS in 2007. Recommendations were made by Occupational Health stating that Norman should not be exposed to significant vibration. However, such recommendations on his tool use were not put in place until September 2018.

Norman’s solicitor obtained a medical report. The report confirmed that Norman had suffered HAVS at Stage 3V and 2SN on the Stockholm Scale. This was disclosed to the defenders, however, no satisfactory response was given. The defenders were advised that a liability expert report would be instructed and shortly after, admitted liability.

A Proof hearing was set down in the case for 8 November 2022. In advance of the Proof, a Pre Trial Meeting took place on 27 October 2022. An initial offer was made by the defenders of £16,935, but after legal advice on the basis that the offer fell on the low side, Norman provided instructions to seek an increased offer.

An increased offer of £29, 000 was made and Norman accepted.

Norman said: “Keep up the great work that you do to help people like myself. Your service was first rate and I couldn’t ask for more.”