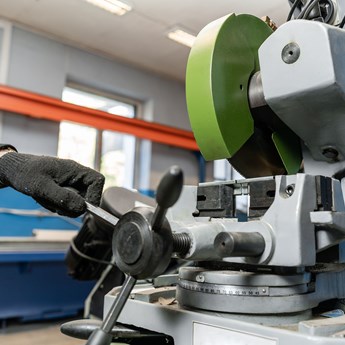 Thanks to the support of Unite Legal Services, I am very happy with the settlement achieved in my case.

Peter is employed as a process operator, and has been since 1989. Throughout the course of his employment, he has been exposed to excessive vibration through the use of handheld vibrating tools.

As a result of this exposure, Peter was subsequently diagnosed with carpal tunnel syndrome (CTS) after he began to develop symptoms in 2014. Through Unite Legal Services, a medical report from a consultant orthopaedic surgeon was instructed which supported Peter’s case. This confirmed that Peter’s CTS had been caused by his work activities.

Peter was then contacted by a specialist personal injury solicitor to discuss his case. Liability remained in dispute with the insurance company acting on behalf of his employer and therefore, court proceedings were raised on Peter’s behalf in the All-Scotland Sheriff Personal Injury Court.

Unite Legal Services funded a report from a consultant engineer, which confirmed that Peter’s employer had exposed him to excessive levels of vibration and had breached their common law duties of care, as well as their statutory duties imposed on them in terms of the Control of Vibration at Work Regulations 2005.

As the court process progressed, pressure was maintained on the defendants to put forward an offer, of which they subsequently agreed to settle the case for £15,000.

As this case was funded by Unite Legal Services, Peter retained 100% of his compensation.

Through his Unite membership, Peter was able to access proper legal advice from a specialist solicitor via Unite Legal Services. This helped to ensure that negotiations relating to his case began in early course.

Peter said: “Thanks to the support of Unite Legal Services, I am very happy with the settlement achieved in my case.

“I am delighted with the outcome, and Unite Legal Services made sure I was kept informed at every stage.”