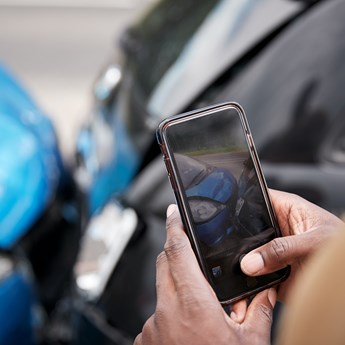 Thanks to the support of Unite Legal Services I have received satisfactory compensation for my accident.

William was driving his car, which was stationary at a roundabout, when he was shunted from behind by another vehicle.

William, through Unite Legal Services, was contacted by a specialist road traffic accident solicitor to discuss his case. William had been able to obtain the car registration details of the other vehicle involved and his solicitor was accordingly able to initiate a claim with their insurers. The insurers confirmed that liability was accepted, which meant that William’s solicitor was able to negotiate settlement quickly without the need for court proceedings.

An expert medical report was obtained from a Consultant Orthopaedic Surgeon. The medical report assisted William’s case by setting out the injuries he had sustained because of his accident. The expert confirmed that William sustained soft tissue injuries to his neck and left shoulder, which got better within two months of the accident.

William’s specialist solicitor commenced negotiations following receipt of the medical report and settlement was agreed in the sum of £3,480.72. This represented fair compensation for William’s injuries and he was happy to accept it. William’s family members were also involved in the accident and Unite Legal Services supported their claims, which led to them also receiving compensation. As this case was funded by Unite Legal Services, William and his family retained 100% of their compensation.

William said “Thank you to Unite Legal Services for all of their help. The service provided was first class.”