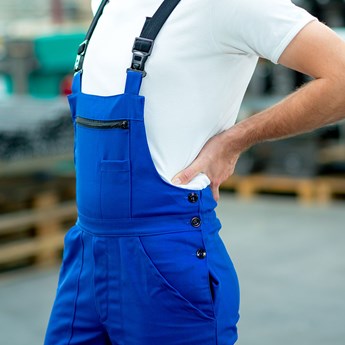 Anytime I had any questions about my case, there was always someone on the other end of the phone. Unite Legal Services were really helpful.

Alan suffered a back injury when he was unloading a defective industrial dryer at the Sanofi factory where he worked.

The automatic loading and unloading mechanism on the dryer had been broken for approximately two years prior to Alan’s accident, which meant that he was having to handle the bowl manually. Despite workers making complaints, bosses at the factory had failed to fix the machine. On this occasion the bowl stuck fast as Alan was trying to remove it, causing him to badly jar his back.

Following the accident, Alan had to take nearly three months off work to recover from his injury. He still suffers with some pain, and sadly he has had to give up his hobbies of jogging and football. He contacted Unite Legal Services who was able to secure compensation on his behalf.

Now that his case is concluded, Alan is thinking about his future career and is even considering going back to college to learn some new skills.

“The service I have had through Unite Legal Services has been great from start to finish. I’m just so pleased that my case has been settled and I can start looking forward to the future.”