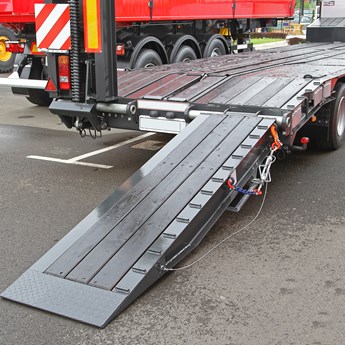 I was pleased that due to the support of Unite Legal Services I have now received fair compensation for this accident.

David*, a Unite member, received more than £2,000 in compensation after he was involved in an accident during the course of his employment.

David was employed as a loader at the time of the accident. On the day of the accident, David was operating a hydraulic ramp. There was a cable running from the ramp and David tripped over the cable which had been laid across a pathway.

As a result of the accident, David sustained an injury to his right ring finger.

David, through Unite Legal Services, was contacted by a specialist personal injury solicitor to discuss his case. A claim was intimated and following this liability was admitted by the insurance company acting on behalf of David’s employers.

Unite Legal Services funded an expert medical report from a consultant orthopaedic surgeon which assisted David’s case by setting out the injuries which he sustained purely as a result of the accident at work. The consultant allowed for a six-month period of recovery from David’s injury.

The report was disclosed to the insurance company and an initial offer of £2,600 was put forward. Following advice provided by Unite Legal Services, this offer was rejected and negotiations continued until a further offer of £2,850 was made. This was accepted as it is a reasonable offer in terms of medical evidence.

David said: “I was pleased that due to the support of Unite Legal Services I have now received fair compensation for this accident.”

“Thank you to Unite Legal Services for all of their help. I would recommend their services.”