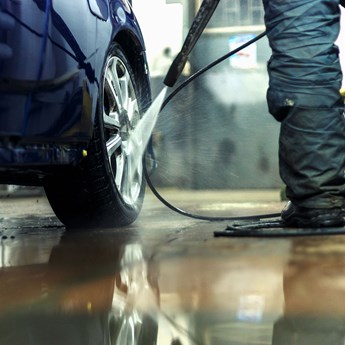 Thank you to Unite Legal Services for all of their help. I found their service very professional and knowledgable.

Gareth*, a Unite member, received £4,000 in compensation after he was injured in an accident outside of work.

Gareth was washing his car at a supermarket car wash. However, when he picked up the car wash spray gun and moved to the front of the vehicle, he slipped on ice as the area had not been gritted. Gareth fell to the ground and injured his left non-dominant hand.

Gareth, through Unite Legal Services, was contacted by a specialist personal injury solicitor to discuss his case and a claim was then intimated under the Occupiers Liability (Scotland) Act 1960.

Liability was admitted and Unite Legal Services funded an expert report from a consultant in accident and emergency. This report confirmed Gareth had sustained a laceration to the base of his hand and was left with an unsightly scar. However, he was fortunate enough to avoid any serious complications and made a good recovery.

An initial offer of £2,600 was made by the insurers in respect of Gareth’s injuries. This offer was discussed with Gareth and he was advised that this offer was not enough for the injuries which he sustained. Negotiations continued until a further offer of £4,000 was made. This was accepted by Gareth as it represents fair compensation for his injury.

As this case was funded by Unite Legal Services, Gareth retained 100% of his compensation.

Gareth said: “Thank you to Unite Legal Services for all of their help. I found their service very professional and knowledgeable.

“I am pleased with the service of Unite Legal Services and would recommend them.”