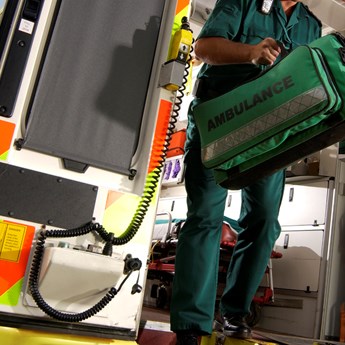 I thought the service provided by Unite Legal Services was great. It was easily accessible and everyone I spoke to was very helpful.

Unite member, Ross, was on a golf trip with friends when they decided to use the spa facilities.

After using the facilities, Ross lowered himself to sit on the edge of a small pool which was located in the centre of the room. He swung his body round to put his legs into the water onto sunken seats in the pool, but there was a gap between the back of the seats and the pool edge.

As he turned, his leg fell down the gap and the weight of his body caused his leg to be pushed into the gap. A sharp piece of metal in the gap caused a severe laceration injury to his calf. In the accident, Ross also lost the feeling in his left foot and was taken to hospital by ambulance.

As a result of his injuries, he needed several weeks off work.

Ross contacted Unite Legal Services to investigate a compensation claim on his behalf. The defendant admitted liability and Ross’s case was settled without the need to attend court.

As a Unite member, Ross retained 100% of his compensation.

“I am 100% happy with what Unite Legal Services has done for me, particularly as I  get to keep the entirety of my compensation, which I know wouldn’t be the case if I didn’t have its support.”